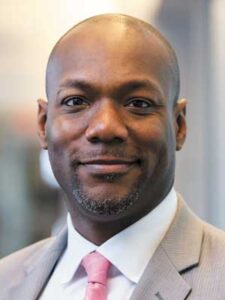 When George H.W. Bush ran for the presidency in 1980 (before he became Ronald Reagan’s running mate), he referred to Reagan’s fiscal policy as “voodoo economics,” a pejorative term that is often applied to the theory known as supply-side economics. In a nutshell, those who believe in supply-side economics argue that massive tax cuts spur economic activity. They say “a rising tide lifts all boats.” (Sadly, many of those boats are leaking badly.) By the way, two other names for supply-side economics are trickle-down economics and Reaganomics.

Earlier I referred to those who “believe in” supply-side economics. I carefully chose those words. Why? The notion that supply-side economics is good for the average small business owner requires faith that is blind, deaf and mute. It also requires one to utterly disregard objective facts and to ignore history.

Only once in modern history have massive tax cuts had a long-term benefit to the U.S. economy — after the Revenue Act of 1964. Fearing deficits, Congress initially rejected this act when President Kennedy proposed it. Following his assassination, Congress passed it after then-president Johnson promised that the federal budget would not exceed $100 billion. The reason that this tax cut worked is that the highest individual tax rate was a whopping 91 percent! The economy boomed until the recession of the 1970s. Thus, history has shown that JFK and LBJ and Congress did the right thing by cutting a confiscatory tax rate.

However, history has also shown that massive tax cuts have been a disaster at both state and federal levels thereafter. For example, President Reagan cut the top tax rate by 20 percent in 1981 — which nearly tripled the budget deficit. As a result, Reagan raised taxes 11 times to try to close the gap. (He never did.) Similarly, President George W. Bush cut taxes during his administration. These cuts, in combination with his Prescription Drug Bill, two expensive wars, the real estate debacle and the repealing of the Glass-Steagall Act (under President Clinton) all contributed to the biggest economic crisis since The Great Depression.  (By the way, President Obama extended many of the Bush tax cuts.)

Thus, it is no surprise that the harried tax cuts that President Trump signed at the end of 2017 are projected to increase the federal deficit by $1.3 trillion. (Yes, that’s with a “T.”)  In principle, I can support some tax relief for businesses — if they are required to reinvest the money in hiring workers, raising wages, increasing R&D spending and buying equipment. However, while some companies have handed out relatively small bonuses, most of the money is being used to buy back company stock and to award very large bonuses to wealthy people. Unfortunately, while many low- to moderate-income workers are happy to have a $1,000 increase in annual pay, ultimately they will lose much more than that when it comes time to pay for the tax cuts. (Oh, yes, we do actually have to pay for the cuts!) It would have been much more fiscally responsible for the government to have increased small business loans and grants as well as funnel more dollars to low-income and minority communities for entrepreneurship and education. In short, this tax policy is best described as Robin Hood in reverse, redistributing wealth upwards to the haves rather than downwards to the have-nots (and have-not-enoughs).

Leadership roadblocks: can you break through?