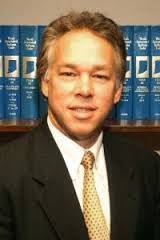 This summer marked the 50th anniversary of the landmark civil rights legislation, the Civil Rights Act of 1964. The Act law outlawed discrimination based on race, color, religion, sex, or national origin. It also ended unequal application of voter registration requirements and racial segregation in schools, at the workplace and by businesses that accommodate the public, such as stores and restaurants. No longer could those businesses discriminate on the basis of race.

While some think segregated facilities only existed in the south, Indiana and other northern states had them as well. For example, in 1927, the Indianapolis School Board built Crispus Attucks High School, the city’s first and only public high school for African-Americans.

While some elementary schools were segregated, up until 1927 blacks could attend any high school in the city. With the influence of the Ku Klux Klan in Indiana growing after the World War I, the push to segregate Indianapolis’ high schools increased until it succeeded with the establishment of segregated Crispus Attacks.

And Indiana’s racial segregation in Indiana wasn’t confined to larger metropolitan areas. In the book, All We Had Was Each Other, white author Don Wallis compiled stories of racial segregation in his hometown of Madison, Indiana located in southeastern Indiana.   Wallis interviewed African-Americans about the experience they had growing up in Madison.   Even as late as the 1950s and 1960s, black residents in Madison could not eat in some restaurants and had to sit in the balcony of the only movie theatre in town. As Wallis notes, black residents, who could only work as handymen, cooks and maids for white people, were confined to living in only one part of Madison.

The Civil Rights Act of 1964 was followed the next year by the Voting Rights Act. With newly-found political power, African-Americans and their allies pushed for further changes. These included measures to not only stop workplace discrimination but affirmative action initiatives that aimed at alleviating years of racial discrimination by giving minorities access to opportunities previously denied to them because of their skin pigmentation.

While affirmative action was intended to level the playing field, it also caused a backlash from some whites, who believe that laws and programs that gave an edge to minority applicants for education and employment opportunities meant they are now being denied opportunities because of skin color. Over the past couple decades, that white backlash has grown into the reverse discrimination movement, the goal of which is to repeal affirmative action programs.

Movement adherents argue, for example, that an African-American child of wealthy, college-educated parents should not, based solely on skin color, receive preference over a white child of impoverished parents who never graduated from high school.

The chief battleground for the reverse discrimination movement has been the courts. In 1976, the Supreme Court held in McDonald v. Santa Fe Trail Transportation Co. that Title VII of the Civil Rights Act of 1964, which title prohibits racial prohibits discrimination in employment matters, also applies to majority as well as minority employees. This called into question the legality of scores of affirmative action programs.   Whites argued that favoring minorities in such programs inevitably meant that whites were being disfavored by their skin color, a violation of Title VII.

The confusion about which affirmative action programs are permissible under Title VII, led to an explosion of reverse discrimination lawsuits, including challenges in Indiana. In 2007, the Justice Department filed a reverse discrimination case against the City of Indianapolis claiming its police department discriminated in favor of eight African-Americans and a white woman by promoting them over more qualified eight white male police officers. The next year, a Glen Scott v. City of Indianapolis was filed against the Indianapolis Fire Department alleging that 20 white firefighters were passed over for promotions to lieutenant and captain in favor of less-qualified black candidates.

Probably the most significant recent reverse discrimination case is Stephen Radentz v. Marion County.   In that case, filed in 2010, former Marion County Coroner Kenneth Ackles terminated his office’s contract with Forensic Pathology Associates, owned by white Radentz, replacing that company with Joyce Carter, an African-American pathologist. The lawsuit claimed the termination came as part of an overall policy of the Coroner’s Office to rid the workplace of whites in favor of African-Americans. While Ackles argued that the contract was instead due cancelled to other reasons – excessive costs and a desire to save the taxpayer’s money – the 7th Circuit said that such a reason in the face of conflicting evidence, did not support the district court’s summary dismissal of Radentz’s case. Rather than face continued litigation, the county decided to settle.

In light of the continuing confusion over what affirmative action programs are allowed under Article VII, the United States Supreme Court in 2009 took on the case Ricci v. DeStefano. In that case, New Haven, Connecticut held a promotional exam for firefighters with objective criteria for scoring. When just one Latino, and no African-Americans, qualified for promotion, the city of New Haven decided to not certify the results. As a result, 20 white firefighters who would have won promotions sued claiming reverse discrimination under Title VII.

Writing for a 5-4 majority, Justice Kennedy declared that New Haven had engaged in “express, race-based decision-making” and that throwing out the exam results could have only been justified if the tests themselves were biased to discriminate against minorities. Kennedy found that there was no “strong basis in evidence” of such an impermissible bias in the tests.

Where does that leave the reverse discrimination movement? Given that the Supreme Court decided Ricci on a 5-4 vote, the continued success of the movement, as well as the fate of many affirmative action programs, depends on whom is the next appointee to the United States Supreme Court. That will be determined mostly by who wins the White House in 2016.

Indianapolis-based writer Paul Ogden is an attorney, with decades of experience, including many years with the minority-owned firm of Roberts & Bishop.

A Lifetime of Success