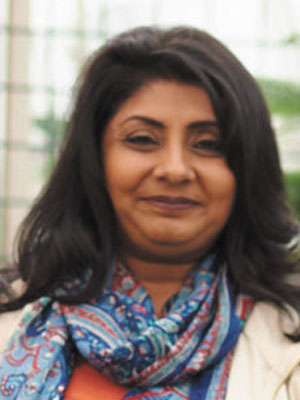 Erica worked for a utility company and received a racial slur as the temporary password for her online account. She clicked the “forgot password” link and her temporary password was “n****.” The energy company took corrective actions and provided a public apology.

Google has the ability to tag images, using photo comparison, big data and artificial intelligence methods. Mr. X’s African American friends were incorrectly labeled as “gorillas.” Google has made multiple changes to the algorithm to fix the error.

In May 2016, Microsoft launched Tay, a software bot that can chat with users and provide responses to the questions or make comments, on Twitter. Within 16 hours of its launch it was pulled down for automatically posting unrelated discriminating and hateful responses. Tay was decommissioned for good.

Mr. Y waved his hand unsuccessfully multiple times under an automatic hand soap dispenser whereas another machine would work for a Caucasian patron. The poor-quality sensors were replaced to sense people with all skin colors.

There are over four billion social media accounts. And there are over five billion mobile phone users, and that number is growing at a faster pace than any other consumer products. From registering for the grocery membership card to applying for a job, we interact voluntarily or involuntarily with so many gadgets and share our personal information such as name, location, picture, gender, race, income and so much more. It is a new way of life and often it is the only we can access certain privileges.

Similar discrimination cases are identified in unethical human resources hiring practices or disproportionate rate for insurance based on a person’s gender, race or zip code.

So, what is the underlying issue here? Machines do not have intelligence. They are powered by human intelligence, and the individuals designing the systems are not taking into consideration the requirements from all the demographics, do not adequately test the product broadly and do not have a diverse design team. To develop an unbiased technology product, we must have an inclusive workforce in the entire lifecycle of the product starting from research, design, development, testing, support, sales and marketing functions.

The tech industry is one of the least diverse industries, with African Americans representation of as low as 3-4% although they are the biggest consumers of tech and social media. About 73% of Blacks that use the internet use social media — and 96% of Black internet users are between the ages of 18 to 29. Forty percent of Black internet users age 18 to 29 said they are regular users of Twitter. Black women representation is less than 1% and the tech leadership and entrepreneurship has equally disappointing data. To make tech industry more inclusive is not a “nice to have” but a business imperative and there is no better business case than this.

Let us think beyond challenges and act.

Start early. Introduce tech education to students in as early as elementary school or at the least by middle school. Develop the interest and curiosity when they are young. Let them play and have fun with it.

Encourage and empower. Many minority students are not encouraged to take tech courses in high school or college. On the contrary, they are informed of the different pathways and often discouraged to take those courses. Be a role model to them — if they can see it, they can be it.

Switch the gears. Mid-career professionals can gain skills by learning on the job or taking courses. Many training programs are offered online or at community colleges.

Mentor and empower. Take time and put effort to make them successful. Share the knowledge and guide them through the journey.

Be intentional. Seek the opportunity to transform the landscape and don’t accept status quo.

Technology does not bias, but people do.