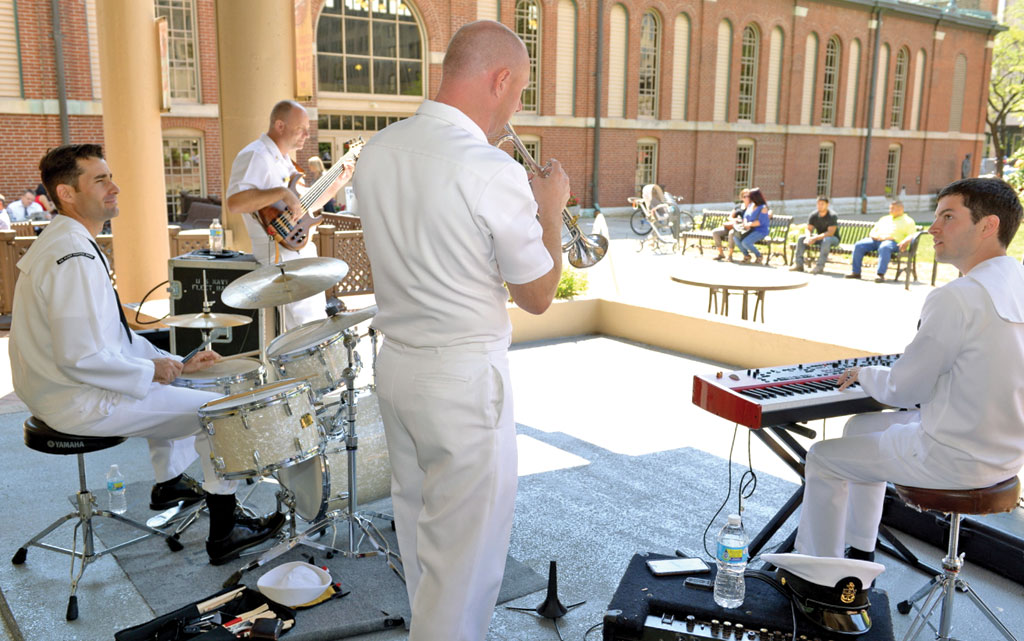 The U.S. Fleet Forces Band and all of its music ensembles performed numerous concerts around Indianapolis in support of Indianapolis Navy Week. Established in 1945, the U.S. Fleet Forces Band serves as the Navy’s musical ambassador for the Hampton Roads and the Mid-Atlantic regions. The band performs more than 600 engagements annually. Its mission is to provide musical support for the U.S. Navy afloat and ashore, support Navy Recruiting, inspire patriotism, elevate esprit de corps and pride in the Naval Service and enhance community awareness and public relations events at home and abroad. The “Finest in the Fleet” plays for audiences totaling in the millions every year.