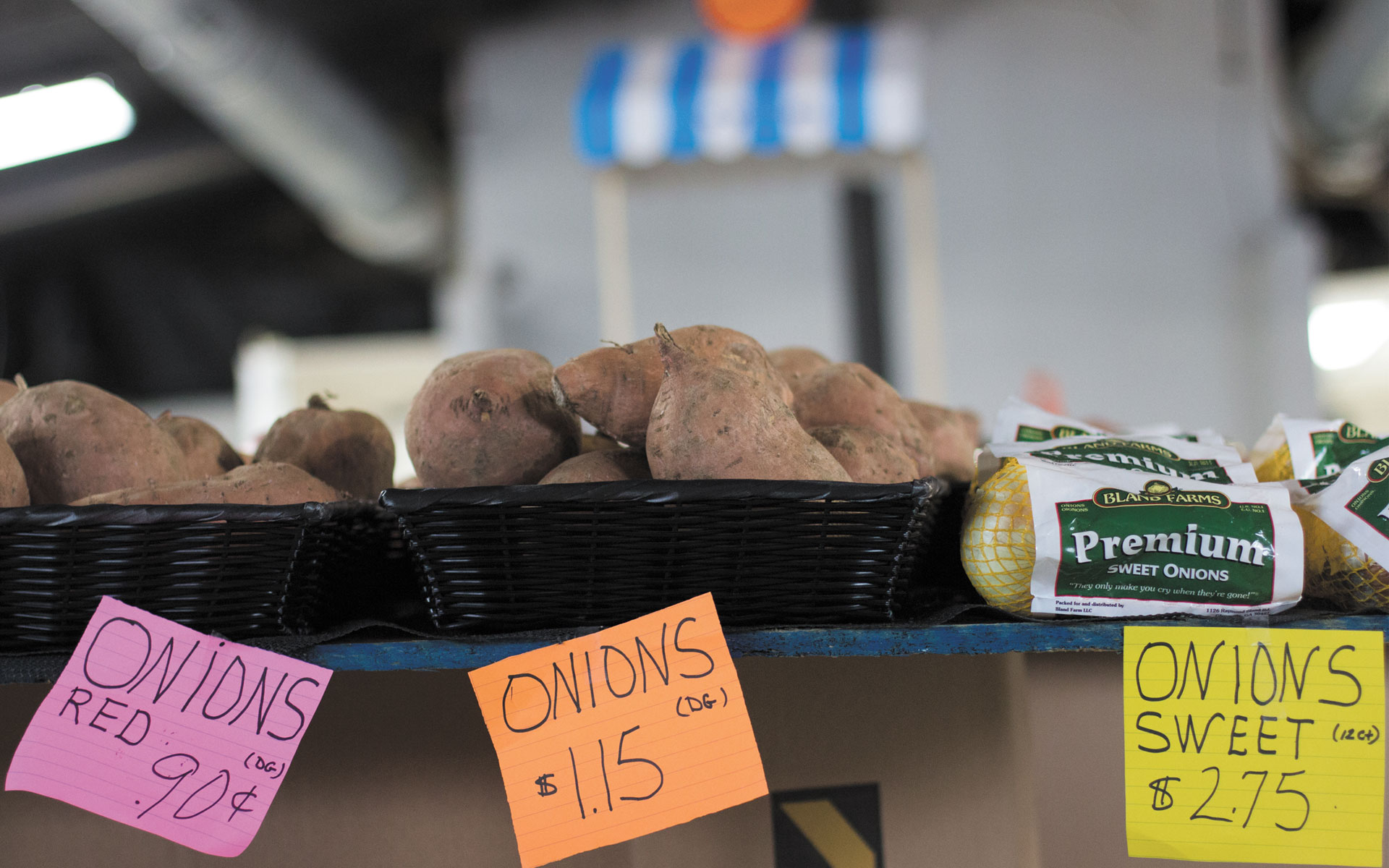 ROBERT HEARST HAD AN “aha” moment after visiting family in mississippi and getting to see his cousins’ grocery store.

Why couldn’t he do the same thing in Indianapolis? It would be a big help for a city with some 200,000 people living in food deserts, according to researchers at Indiana University-Purdue University Indianapolis.

Hearst did his research on the northeast side of Indianapolis, where transportation and chronic poverty contribute to food insecurity for many residents. It took about two years of research to fully understand where the need was and how to best address it.

Hearst and his wife, Sony, opened A&I Variety Meats and Produce in January 2019. The store, which used to be a dentist office, is in the same plaza as a now-closed Kroger. Three fast food restaurants and three pizza restaurants are in eyesight from the store.

There have been some struggles along the way. Not long after opening, Hearst showed up in the morning to find two windows busted out by rocks. He guessed it was just some kids who didn’t realize the building wasn’t abandoned anymore, but it created a dilemma: Hearst and his wife had to figure out how to pay for damages when they had just sunk about $70,000 into the store.

With help from some community leaders, Hearst only had to pay about $300 of the $1,200 it took to fix the windows.

“I don’t think I could’ve chosen a better place to come to set up shop,” Hearst says. “You hear about all the negative stuff about the far east side. I’m gonna tell you, these people have really stepped up and shown support for me, my wife, the store.”

Nobody will walk into A&I and confuse it for a Walmart Supercenter. It’s mostly fruits and vegetables with refrigerators and freezers of meat along the walls. Hearst added a vegan section after being surprised by how many people requested vegan options.

But A&I was never meant to trick anyone. It’s supposed to be part of a solution to food insecurity. Hearst studied engineering at Vanderbilt University in Tennessee and worked in construction before opening the grocery store. It’s not the kind of resume that would tip off a fighter of food deserts.

Hearst had to learn a lot about what it takes to run a grocery store. How do you figure out what customers want exactly? What should a head of lettuce cost at this time of year?

Even as they learn the ins and outs of operating A&I, Hearst understands he and his wife can’t just open a grocery store and solve food insecurity. It takes buy-in from those who rely on the grocery store and want it to be a success.

“The community, they really rallied around me,” Hearst says. “They gave us a lot of support and encouragement. They were like, “This is all we have. We can’t let nothin’ happen to it.’”