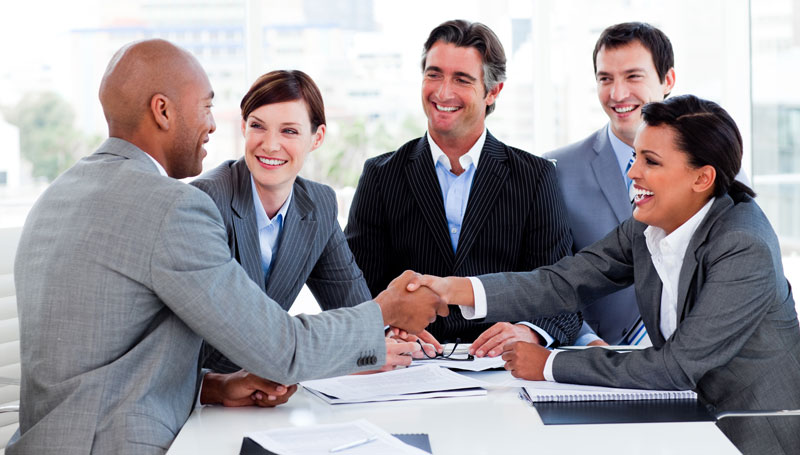 Jacqueline Cromleigh has joined Downtown Indy, Inc.as the new community engagement manager. In this role, she will be responsible for Downtown Indy, Inc.’s social media platforms, blog and event database. She will also serve as the spokesperson for Downtown happenings, plan corporate member events and assist in membership marketing and implementation. Cromleigh most recently worked as the communications and community relations manager for Indiana Humanities. Prior to Indiana Humanities, she served as public relations and marketing manager at Conrad Indianapolis. She is a 2013 graduate of Butler University and holds a bachelor of arts in integrated communication.

The national law firm of Quarles & Brady LLP and its firm chair Kimberly Leach Johnson announced that partner Lucy R. Dollens has been named office managing partner of the firm’s Indianapolis office effective immediately. Dollens succeeds D. Linden Barber, who has been the Office Managing Partner since the Indianapolis office opened in 2014. Barber will continue to serve as Director of the firm’s DEA Compliance and Litigation practice in the Health Law group. Dollens has received several recognitions of her work including being named by Indiana Super Lawyers in 2016, The Best Lawyers in America in 2014-2016, and Indiana Super Lawyers-Rising Stars in 2010-2012. She was named Indiana Defense Lawyer of the Year by DTCI in 2013 and is recognized as a Distinguished Fellow by the Indianapolis Bar Foundation.

The Indiana Repertory Theatre (IRT) has announced Danielle M. Dove as its Director of Marketing and Sales. Dove previously served as the Director of Marketing & Community Engagement at the Arts Council of Indianapolis, where she oversaw marketing initiatives for the Arts Council, Indianapolis Artsgarden and Gallery 924; as well as promoted the performances, programs and exhibitions of central Indiana’s arts and cultural organizations. Prior to her work with the Arts Council, Dove worked with Greer Companies, Good Foods Co-op, Lexington Philharmonic and The University Press of Kentucky. Dove is a member of the Arts for Learning Marketing & Advocacy Committee, Indy Reads Alphabet Affair Event Committee Co-Chair and Growing Places Indy Board, VP.

Following the retirement of president and CEO Tom King at the end of April, The Indiana State Museum and Historic Sites board of directors unanimously elected Cathy Ferree to assume the role of president and CEO as of May 1, 2017. Ferree presently serves as the vice president and chief operating officer of Conner Prairie Interactive History Park in Fishers, Indiana. Prior to working at Conner Prairie, she was associate vice president of exhibits at The Children’s Museum of Indianapolis. She also served as a founding member of the staff for The Children’s Museum of Atlanta and has over 30 years of experience in the museum business. Ferree has a Bachelor of Arts and a Master of Public Affairs in Nonprofit Management degree, both from Indiana University.

Strada Education Network, formerly USA Funds, announced the appointment of Daryl A. Graham as senior vice president, Philanthropy. Graham manages Strada Education’s strategic philanthropic investments, nationally, and locally, and overall grants management. Previously Graham spent 15 years with JPMorgan Chase & Co. in Wilmington, Del., serving more than a decade as vice president and relationship manager. In that role, he identified grant-making, sponsorship and volunteerism opportunities for the firm. Graham has served on the boards of a variety of nonprofit organizations, including the Delaware Grantmakers Association, and has received several awards recognizing his leadership. He is a graduate of Morgan State University in Baltimore.

Marva Hunt has been selected as the new director of the Kelley School of Business Indianapolis Undergraduate Program. Hunt, who previously served as a program chair at Ivy Tech Community College, has more than a decade of experience in higher education. Hunt’s achievements while at Ivy Tech include: increasing enrollment (particularly among IPS students), leading students in the classroom while managing the school’s business program and creating an advising program for business students. Hunt completed her Master of Science in Management from Indiana Wesleyan University, and she is a proud graduate of the Indianapolis Public Schools system.

The Posey County Economic Development Partnership announced the hiring of Brittaney Johnson to fill the position of Executive Director. Johnson comes to the Partnership from the role of Posey County Director for the Southwest Indiana Chamber. Johnson holds a Bachelor of Science Degree in Marketing from the University of Southern Indiana. She serves on the board of the newly formed Visit Posey County, Inc., the Posey County Junior Achievement Board, Posey County Career Success Coalition and is a member of the Mt. Vernon Kiwanis, New Harmony Business Associates, Mt. Vernon Bicentennial Committee and Indiana Economic Development Association.

Priscilla Keith has been named Executive Director of Community Benefit for Community Health Network. She most recently served the network as assistant general counsel; she has been with the group since 2013. In her new role, Keith will be responsible for strategy and implementation of the network’s Community Benefits program, will ensure compliance of state and federal governmental community benefit mandates, and support legislative and public policy advocacy to local, state, and federal government officials for issues that impact the network. Keith previously served as director of research and projects for the Hall Center for Law and Health.

Indiana University Health has appointed Orson Mason as chief diversity and inclusion officer. Mason has been with IU Health for more than 18 years and was previously vice president of human resources. In his new position, Orson will develop and lead a strategic plan for diversity and inclusion throughout the IU Health system, partnering with key system and community leaders as well as a new statewide Diversity Inclusion Task Force, continuing and increasing IU Health’s tradition of and commitment to diversity. An Army veteran, Mason earned a bachelor’s degree in social work from Tuskegee University.

Indiana Legal Services has named Patricia Román Hass managing attorney for its Merrillville office. The office serves Lake, Porter, Jasper and Newton counties. She previously worked as an attorney with Reminger Co. L.P.A., in Crown Point, where she represented both individuals and entities in civil lawsuits, including those in restaurant, hotel, retail and construction industries, through all stages of litigation at both the state and federal level. Previously, Román Hass was a member of the litigation practice group of Burke Costanza & Carberry LLP for seven years. In her new role, she will lead a team of five lawyers and four full-time support staff in providing free legal advice and representation in civil cases for eligible low-income Hoosiers in the area. In addition, she will be responsible for maintaining and establishing community partnerships that benefit specific client communities, such as the homeless, victims of domestic violence, senior citizens, immigrants, and members of the LGBT community. Román Hass received her law degree from the Indiana University Maurer School of Law, and her undergraduate degree from The College of William and Mary. She is a member of the Indiana State Bar Association, Lake County Bar Association and the Hispanic National Bar Association.

Andrea Simpson has been appointed to the position of assistant vice chancellor and executive director for alumni engagement at IUPUI. Simpson has served with the Indiana University Alumni Association as director of alumni programs for the IU Robert H. McKinney School of Law, IU School of Nursing, and IU School of Health and Rehabilitation Sciences on the IUPUI campus and the IU School of Nursing on the Bloomington campus since March 2016. Before coming to IU, Simpson was the executive director of alumni relations for City Colleges of Chicago, where she designed and implemented alumni programs for seven colleges. Simpson attended IUPUI and Purdue University as an undergraduate, earning a Bachelor of Science degree in speech pathology and audiology from Purdue. She also earned a Master of Arts in philanthropy and development from Saint Mary’s University of Minnesota.