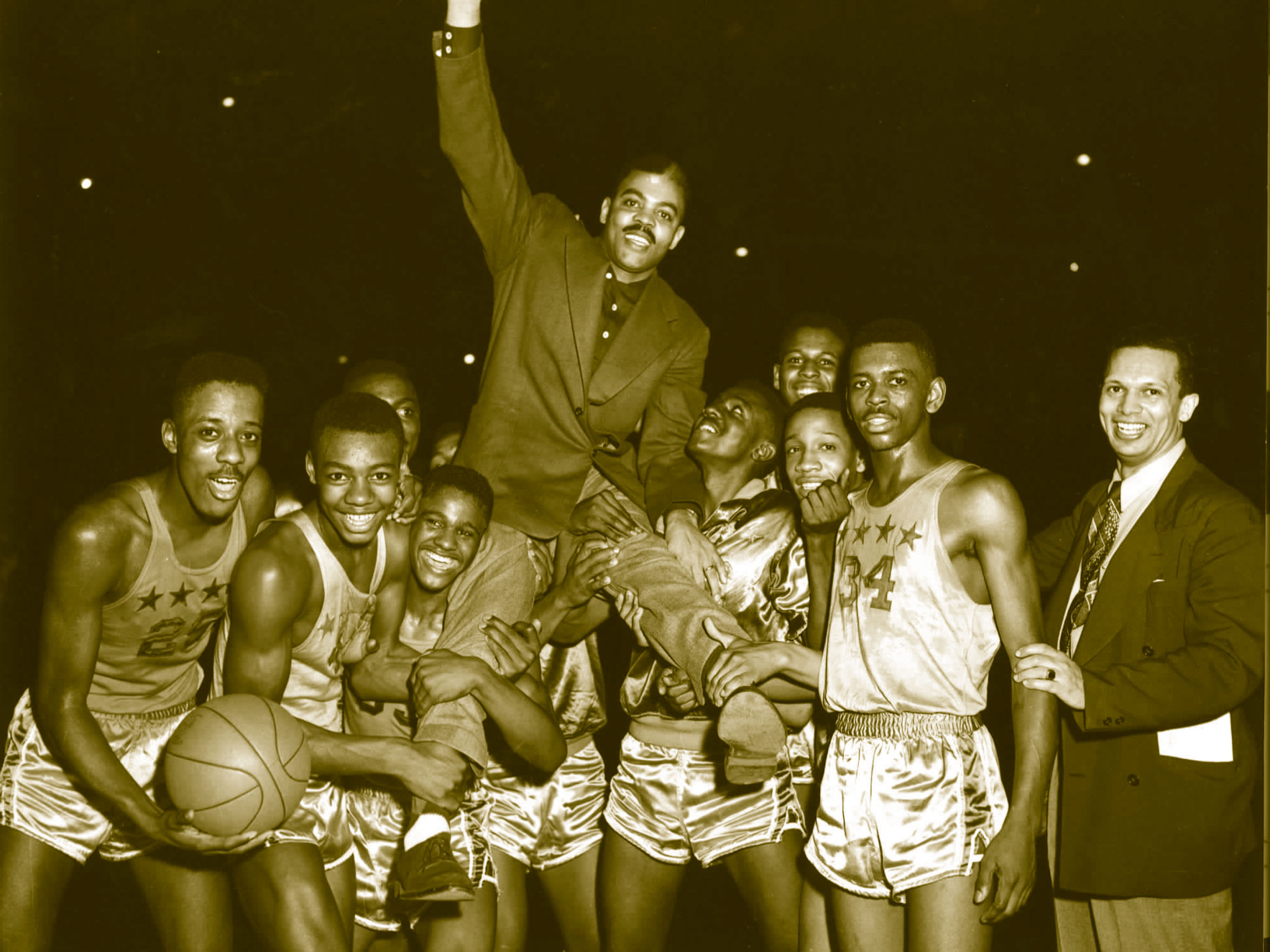 Without question, Hoosiers love the sport of basketball. Travel to any corner of the state of Indiana and you’ll find residents of all ages lacing up their shoes, stepping on courts and spending hours perfecting their basketball skills.

Indiana is renowned as a basketball state and for good reason. Native Americans played a rough form of the game, but in 1891 at a YMCA in Springfield, Massachusetts, Dr. James Naismith gave basketball structure and rules. A man by the name of Dr. Nicholas McKay oversaw the YMCA in Crawfordsville, Indiana, and was in Springfield for training. He witnessed the birth of modern basketball.

“When he returned to his post at the YMCA in Crawfordsville, he brought the new sport back with him. That’s a crucial part of the story. A Hoosier helped grow and influence the sport,” said Chris May, executive director of the Indiana Basketball Hall of Fame.

Hoosiers immediately loved the game, and May believes it was because of the socioeconomic trends during the 1890s. Indiana was a largely agrarian-based society; much of Indiana was made up of small, rural towns, and many Hoosiers had farms that had lots of space to play the game.

“You didn’t need a lot of people to play basketball either. And it was cheap. All you needed was five people, a ball and a basket,” added Dale Ogden, chief curator of cultural history at the Indiana Historical Society. “There wasn’t a hole at the bottom of the basket, so every time someone scored, the referee would have to get the ball out of the basket. They’d pick the game back up with a jump ball.”

What also made the sport popular was that players could play basketball indoors when it was cold or outdoors when the weather was nice. Basketball adapted well to Hoosier lifestyle.

“During Indiana’s long, dark winters, this is something fun to do,” said Barbara Olenyik Morrow, author of Hardwood Glory: A life of John Wooden.

Basketball was and continues to be a social unifier. In its early days, the sport drew rural residents together and was a reason many came into town to socialize on a Friday or Saturday night. Danny Bridges, sports writer for the Indianapolis Recorder Newspaper, said there was a period of time when small towns completely shut down to enable everyone to attend the high school sectional finals in their community.

Family legacies were also created as a result of small town teams. It was common for players to proudly wear the same jersey their grandfathers did.

And of course there’s Milan, Indiana, the inspiration for the 1986 film “Hoosiers.”

“That’s more mythology than fact. It was portrayed as a Cinderella story when it really wasn’t,” said Ogden. “Muncie Central was the dominant team. They won like five state championships. Muncie Central was the team Milan beat in 1954, however Milan was very good too, so they were expected to be in the state finals. They didn’t come out of nowhere.”

By the mid ’50s, basketball was a mainstay, and once Indiana towns began to grow due to an economic boom, schools began to consolidate and evolve into mega programs. Today’s dominant Hoosier programs are at private schools like Evansville Mater Dei and Bishop Dwenger in Fort Wayne, and well-financed programs like Center Grove High School in Greenwood and Carmel High School.

In addition to money, the surge of African-American basketball players helped change basketball in Indiana.

“They were a different kind of athlete. It was a more physical kind of game. (African-Americans) sped up the game, which made it harder for the traditional Indiana basketball player,” said Ogden. “They literally changed the game.”

Incredible speed was one reason why Crispus Attucks High School beat Milan in the 1955 Indiana State High School Championships. This all-Black team not only beat the darling Milan, but also overcame harsh racism along their journey to the coveted state championship.

As the game continued to evolve, the players became much taller and larger. This gave rise to more strategically played games and teams recruiting players to maximize chances of winning.

Only as recent as the 1960s has college basketball become a dominant influence on the sport. Larger colleges like Purdue University and Indiana University have storied basketball traditions, but May said historically, Indiana’s smaller colleges have tremendous institutions.

“It’s no coincidence that Wabash College played in the first intercollegiate basketball game in Indiana history. Wabash played Purdue. And as you know, Wabash is located in Crawfordsville, the birthplace of basketball in Indiana,” said May.

Many of these college basketball stars go on to play professionally. May said it is a researched, statistical fact that Indiana produces, per capita, more professional basketball players than any other state in the country.

Turn on any NBA game and you may find a Hoosier. There’s George Hill of the Pacers; Gordon Hayward of the Utah Jazz; Cody Zeller of the Charlotte Hornets; his brother Tyler Zeller with the Boston Celtics; Indianapolis’ Teague brothers Jeff (Atlanta Hawks) and Marquis (Philadelphia 76ers); and Courtney Lee and Mike Conley Jr., who both play for the Memphis Grizzlies.

“In the case of John Wooden who was born in Martinsville and grew up in Centerton, his dad took a tomato basket and nailed it on the wall in the barn. He and his brother shot balls through that. The ball was a pair of his mother’s old pantyhose with rags stuffed inside. He went on to play for Purdue, coached at Indiana State and was a longtime coach at UCLA,” said Morrow.

May said one major reason why Hoosiers are such exceptional basketball players is because they take a purist approach to the game. In other states, it could be about who can run the fastest, who can jump the highest or who’s the most athletic. In Indiana, it’s who is the most skilled, who can dribble cleanly and who can shoot flawlessly.

“That because of our coaches. Hoosier coaches take basketball seriously,” said May.

Baseball was traditionally known as America’s favorite game, yet football has taken that moniker. Soccer, golf, tennis and motor sports are also very popular. Despite this, Hoosiers continue to hold basketball close to their hearts.

“People are gravitating toward other sports, but Hoosiers take pride in the tradition of basketball here. Hoosiers would be loath to walk away from that,” said Morrow. “We’re loyal to our respective colleges, but if a Hoosier team makes it to the Final Four and wins, some Hoosiers love basketball so much, they’d be happy for any Indiana college winner.”

Bridges warns that Hoosiers are beginning to blur the lines between fan and fanatic. For example, he said at the collegiate level, hundreds of thousands of people follow every dribble of Indiana University’s program, all the while decked out in crimson and cream, cursing any opponent that threatens the sanctity of a win for “Old IU.”

“Basketball is sacred locally, more than football, baseball and auto racing combined. I am fortunate to have seen and met many great players and coaches growing up in Indiana amongst the crazies who’d rather watch basketball than eat, drink or sleep,” said Bridges. “Then again, as a kid who wanted to run and shoot three-pointers on an old outdoor court more than anything, maybe I’m just as crazy about it as anyone. Probably so, and then some.”