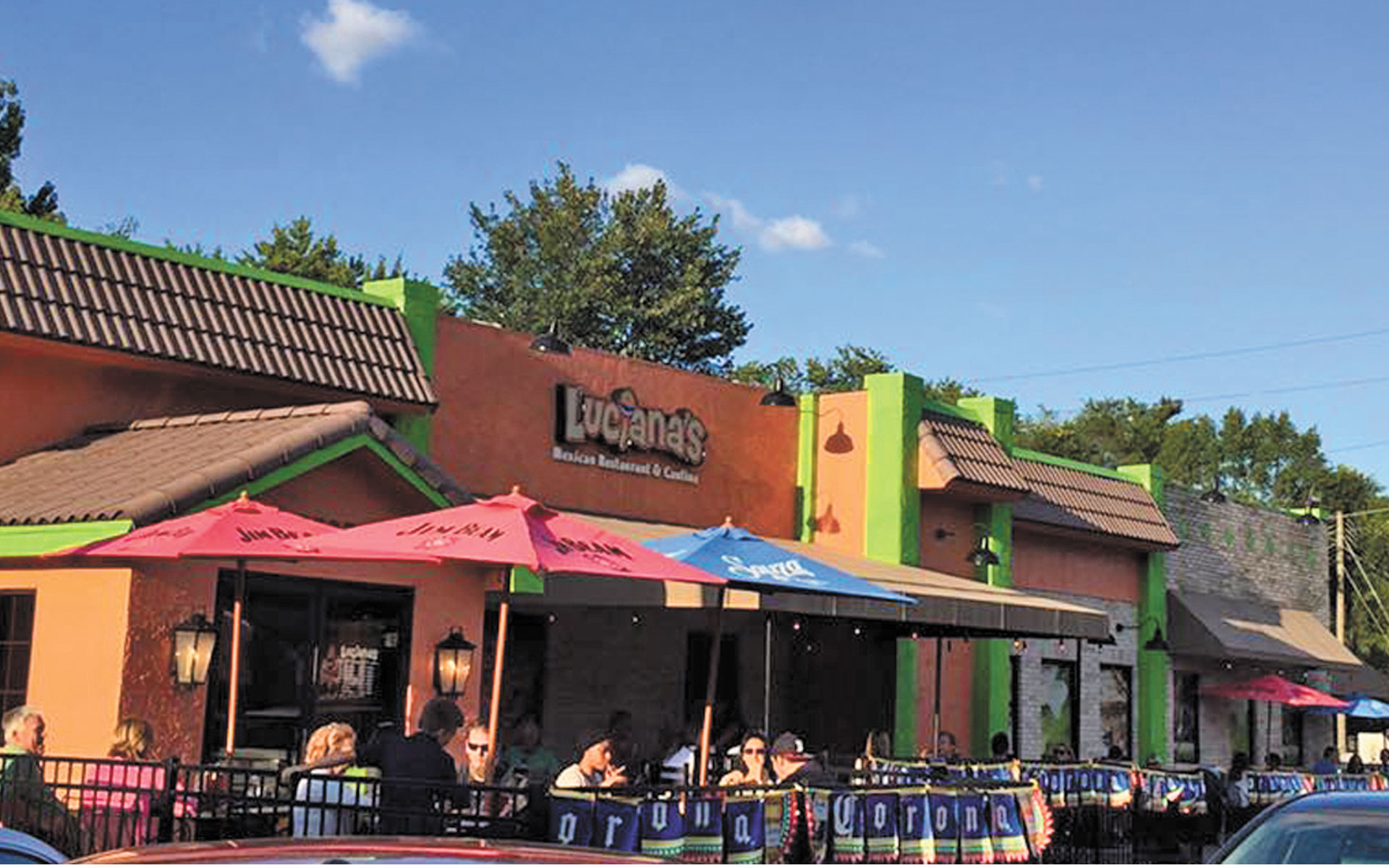 IT STARTED WITH LUNCH AFTER CHURCH ONE Sunday.

Sarah, the girl home from college, noticed the server, Alberto, at the restaurant her parents frequented often. The server noticed the girl. In time, one reached out to the other to text and chat, then go on a date and then another.

The rest, as the saying goes, is the history of how Alberto  and Sarah Bravo fell in love, started a family and soon realized Alberto’s dream of owning his own restaurant, which the couple named after their first daughter, Luciana. Today, the couple own and operate four Luciana’s Restaurant and Cantina sites, with two locations in Indianapolis, one in Greenwood, and one in Columbus.

“We’re coming up on our four-year anniversary in Broad Ripple,” says Debbie Bosworth, Sarah’s mom and the operations manager for the company. “People are really knowing the name Luciana’s now. They know what to expect and they know we just don’t compromise quality on anything.”

The Luciana’s team has made it past one of the first toughest hurdles of owning a restaurant — staying alive. According to experts, getting beyond the first two to three years in business is a pretty good indication a restaurant can survive.

“An independent restaurant versus a chain restaurant is always going to have a tougher time,” says Dennis Gemberling, founder and president of Perry Group International a hospitality and restaurant industry consulting and research firm based in San Francisco. “They don’t have the name awareness, they don’t have the marketing budget behind them.

“But if you’ve really established yourself positively, it starts to feed off itself.”

Gemberling says within the past five years, the industry has grown healthier and more viable.

Experts with the National Restaurant Association project sales to reach a record $863 billion in 2019 — a 3.6 percent increase over last year. Those sales, though, are still off the overall growth in the industry prior to the 2007-08 start of the Great Recession.

Owning any business, and more importantly keeping it thriving, can be tough. So Joe Pellman, director of marketing and communications for Indy Chamber, says they help new business owners through their Entrepreneur Services team, which offers free one-on-one small business coaching to businesses of any kind across the Indianapolis region, as well as provides small business loans up to $50,000.

“Our team logs over 10,000 hours of free business coaching and training opportunities each year through its anchor program, the Business Ownership Initiative (or BOI for short),” Pellman says.

The Indy Chamber partners with the Business Ownership Initiative, the Central Indiana Women’s Business Center, and the Hispanic Business Council to help local entrepreneurs not only start their business, but keep those initiatives growing and thriving. Experts say that support is critical.

“Success is never final in the restaurant industry,” says Vanessa Sink, with the National Restaurant Association, based in Washington, D.C. “Nothing replaces a good business plan. Nine of 10 consumers say they enjoy going to restaurants, but if the experience doesn’t meet the value received, diners are quick to vote with their feet.”

Luciana’s Bosworth says customer satisfaction is at the heart of everything the family does. They work to provide the same feel and experience that the Bosworth family felt when, so many years ago, repeated visits to their favorite restaurant sparked a future they couldn’t have imagined at the time.

“We take it personally because Luciana’s name is involved,” Bosworth says. “Our stuff is made fresh, it’s not sitting around waiting to be served. … We don’t order (in bulk) and we don’t keep inventory around.

“We want our staff to have pride in what we serve.”

The family came together to scrub, paint, decorate and plan for the original site opening in 2015, and they have no plans to stop doing what they love. She says the family is planning a new location opening for 2020, but is waiting to announce the site until a celebration can be planned. The fifth Luciana’s, she said, will be further proof of the power of hope and imagination.

“Sometimes you need someone to believe along with you in your dream. You give it to God and stand back,” Bosworth says. “We are Luciana’s because Luciana is in our heart. It’s a family business and we are looking to grow.”