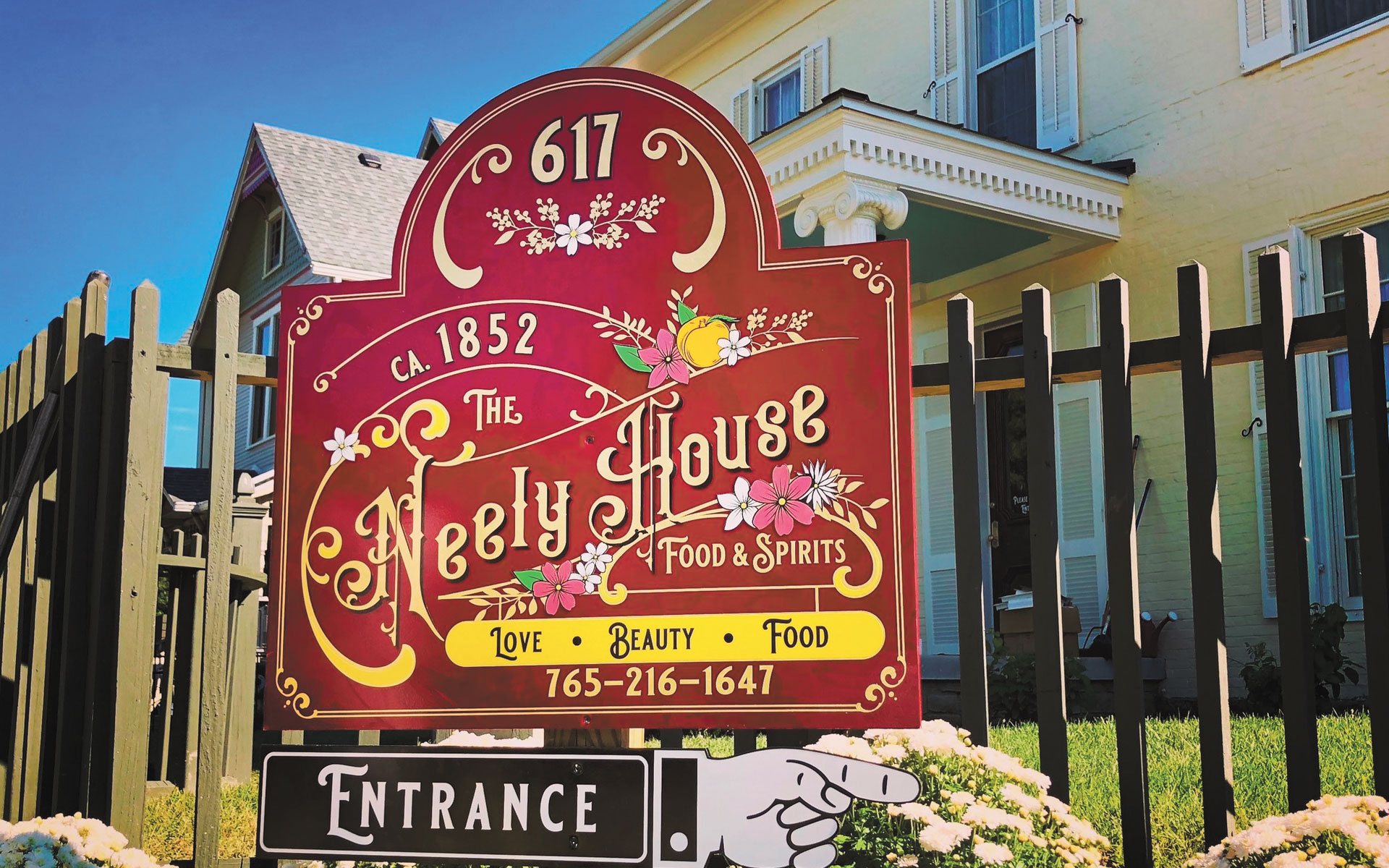 THE GRACEFUL SCRIPT OF Thomas Neely’s hand gets shakier with age, his diary entries noting everything from current events to reflections on mortality.

“Yesterday, and to day, were real pleasant. This day has been warm enough to sit in the house with the windows open. There are number of men at work, building the new Depot for the Lake Erie, to Western R. Road at Muncie.” [entry sic]  —Thomas Neely diary entry, Friday, Nov. 7, 1879

“In April 1880, when I began my last book as a Journal, my dear wife was with us, and in her usual good health making everything cheerful about the house with a pleasant word for everyone.” [entry sic] —Thomas Neely diary entry, Monday, Nov. 22, 1886

The diaries provide a unique first-person commentary from a Victorian-era industrialist who is credited, in part, with helping to lure the famous Ball family to the region. Neely describes in sometimes great detail the people and events that helped shape Muncie, Indiana.

And while many of the diary entries feed historians’ curiosities and mark a real-time chronology of major happenings of the day, it’s the seemingly smaller notes that have sparked one modern man’s imagination.

“White post this morning, and a little ice. We picked our Rainbow apples to day [sic]. There are a great many apples being shipped from here. They are selling at 30 and 40 cts a bushel. … [sic].” —Thomas Neely diary entry, Thursday, Oct. 24, 1867

Apples, potatoes and grapevines. Cows, chickens, turkeys and venison and other hunting bounty. Planting conditions and weather that was perfect for a harvest, or the storms that threatened entire crops — those entries and more are devoured in their entirety by Russell Irving.

Irving is a Muncie native now restaurateur who is the 21st century co-owner of the home that was built by Neely in 1852. Irving and his business partner husband came to own the home not just once, but twice. But the second time the idea to create something that was bigger than a single family took hold, and the Neely home became The Neely House, an upscale dining option that honors the past while paving a path into the future.

“We say in our training at every level, that people don’t go out just for a meal, they go out for a dining experience,” Irving says. “The foundation of our whole idea here is that this family served their loved ones and their visitors with that spirit, and that conviviality translates. We’ve had people tell us that there’s just a feeling here.

He says the current team is following the Neely’s lead, with great attention given to food and feeling.

“If you do this and you sincerely care, it translates,” Irving says. “People’s true intent is hard to hide. We don’t fake the caring, and we look for (employees) who love hospitality and who love service.”

In addition to major renovation projects that included saving the building from a total roof collapse, Irving said specific care is given to the restaurant’s menu to ensure the culinary history of the structure is protected, too.

And that’s where the diaries, and local anthropologist Cailín Murray, have become invaluable, he says.

Murray, an associate professor of anthropology at Ball State, studies among other things what families did to survive in the Midwest before and after the Civil War, and into the early 1900s.

She says one of the things that attracted her to the Neely family was the mandatory self-sufficiency their life demanded. Transporting food long distances was unrealistic, even as railroad routes expanded, she says. So, families had to make do.

“The sustainability piece of their way of life, there’s something about it that people have missed talking about in urban settings,” Murray says. “We talk about it in terms of farms, but people had to be sustainable in cities, too.

“If they wanted fresh food, they had to grow it themselves.”

To ensure his family’s needs were met, Neely actually bought two plots, building a home on one, and leaving space for outbuildings, a large garden and subsequent orchard, and cows, horses, chickens and turkeys, Murray says.

“That was a huge amount of space to work with,” she says.

She said Neely’s diaries, whether Thomas intended it or not, reflect “a narrative shaped by hunger.”

Irving says that the diaries have helped provide a framework for the kind of food the restaurant offers, but he’s quick to point out that The Neely House isn’t a living history museum.

“We’re not trying to create a live re-enactment,” Irving says. “We’re trying to make good, wonderful food, but not live in a time capsule.”

The menu is Midwest-centric he says, featuring steak, lamb, chicken and other foods that commonly would have been served to Neely’s guests. But the foods are reinterpreted, Irving says, by Nick Kirkpatrick, The Neely House chef de cuisine whom Irving called “brilliant.”

“We have better cooking methods, better spices, and the ability to manipulate food with more ease than they did,” he says.

But the Neely House team borrows a page straight from the original occupants and smokes their own bacon, bakes their own bread and makes all of their own desserts.

After a year in business, Irving said he’s not sure his path is one another business owner could, or should, necessarily follow.

“I was born and raised in Muncie, and it always bothered me to have to go to Indy for a great meal,” he says. “(The Neely House) isn’t based on what I would say is a genius business model. This is built on passion and hope.

“I wouldn’t be happy unless it was the best food I thought I ever had,” Irving says.

He says he and the team would like to think the Neely family would approve of how their family home is being used. From the meals served to the ideals that guide their business: Love. Beauty. Food.

“We think they like it and feel very much a part of what we’re doing.”