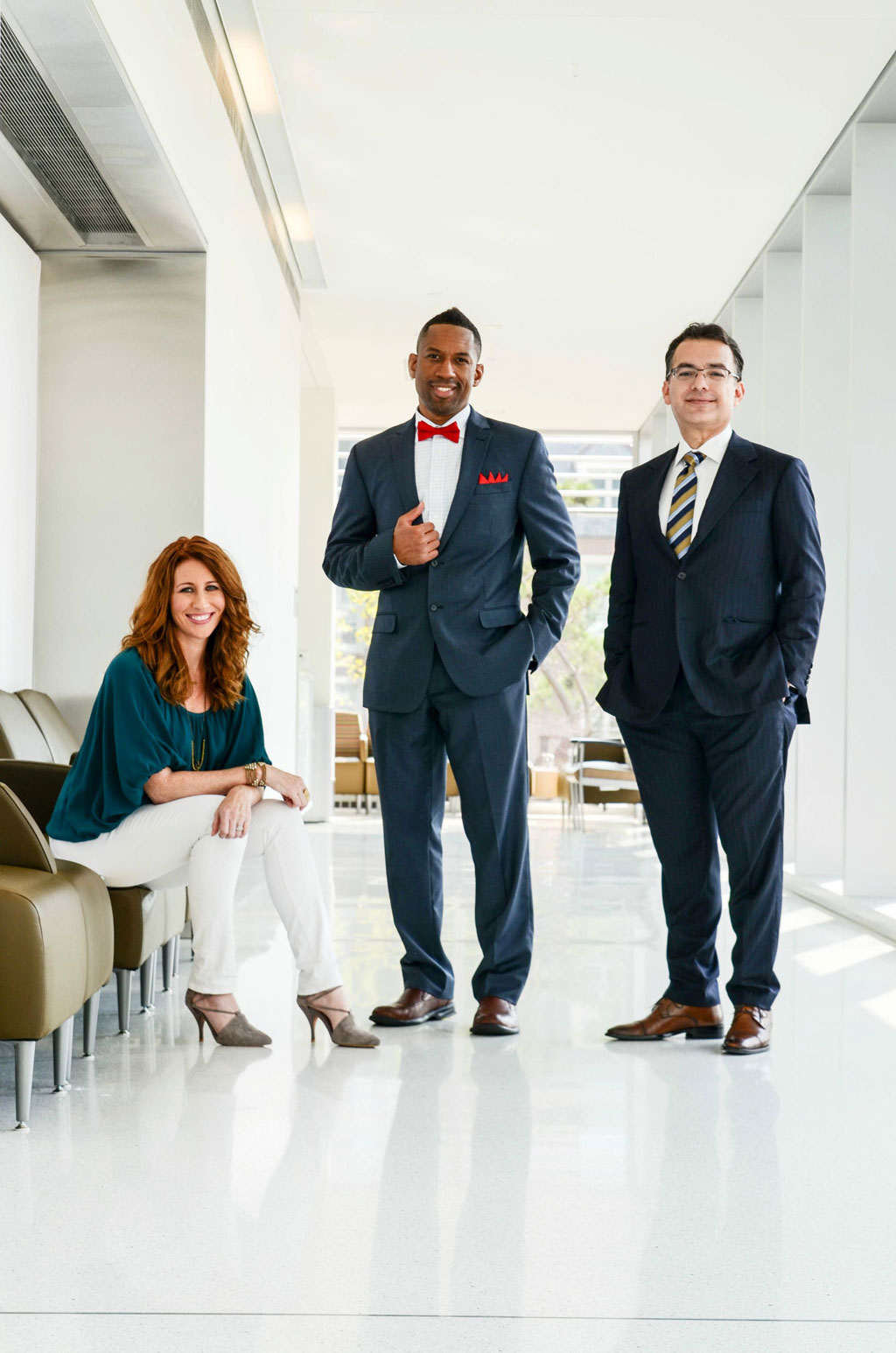 Three point two trillion. That is the amount Americans are expected to spend on health care this year, according to the Centers for Medicare and Medicaid services.

Americans aren’t spending their health-related dollars only on traditional health care — the ever-expanding and evolving beauty and cosmetic industries also rank priority for Americans. Mint.com, a finance website and mobile application used for tracking spending, found the average woman spends about $15,000 during her lifetime on beauty products. This total does not include money dedicated to beauty practices and alterations, such as plastic surgery and other body modifications.

Indeed, these figures include Hoosiers who are continuously focusing on their inner and outer health while demanding services catering to their every need. Due to the state of Indiana’s wellness, climbing hypertension and obesity rates, health and beauty businesses are putting an emphasis on local, reliable services such as insurance and holistic health. 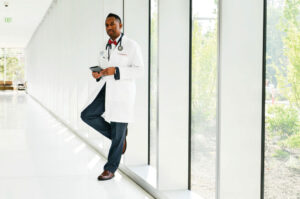 “One of the major reasons patients show up to the emergency department is because they don’t have health insurance. Other reasons are because we’re open 24/7 and you don’t need an appointment,” says Leflore.

Local companies — such as MDwise, a nonprofit health maintenance organization focused on helping uninsured Hoosiers in need of health insurance, and Ambre Blends, an independent woman-owned business aiming to provide high-quality, organic body products to help individuals live a more holistic and healthy lifestyle — are changing the landscape of the health and beauty industries in Indiana.

Discover the passion within

Cesar Martinez, new president and CEO of MDwise, has not only worked his way to the top of a respectable company, but he is also knowledgeable about what it takes to build a local health insurance business from the ground up. In 2010, he founded and launched Palmetto Physician Connections (PPC), a Greenville, South Carolina-based Medicaid plan. In less than two years, the business grew to 24,000 members.

In 2012, Martinez created Advicare, a new health plan for the area’s local hospital system. Martinez believes if one is interested in jumping into the health care industry as an entrepreneur, they should note there is more to the business than finances. “You have to have a passion for it, or you’re going to fail. If you don’t (have passion) it will be challenging, because there are so many hurdles you must overcome when you’re starting a new company.

Especially in health care, there are so many big businesses to compete against and many changes and regulations,” says Martinez. “Obviously you need financial support, but money is only going to get you so far.” The motivation behind PPC, Martinez’s first health care venture, came from the lack of local health care companies providing services and jobs. Several giant corporations were available, but nothing to cater to the local community. Martinez seized the opportunity to hire locally and keep cash flowing within the state and city. In addition to meeting the community’s need, Martinez said the venture was both a professional and personal goal of his. “A lot of people thought I was crazy because it’s so hard to start a company, especially in health care, and especially in insurance, because there are so many regulations and steps you have to go through,” he says. “To create an insurance company, it takes months and sometimes years before you see one penny come in. You have to convince and prove to the government that you can sustain yourself. Having a nice idea isn’t all of it.” 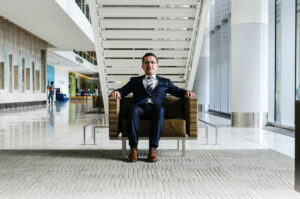 In June 2014, two Indianapolis downtown hospitals operated by Indiana University Health announced plans to merge University Hospital and Methodist Hospital. Martinez said similar situations aren’t uncommon due to the difficulty of sustaining smaller companies. Despite the apprehension Martinez experienced, he enrolled thousands of members in a short time period. He believes a couple of the reasons his company thrived is due to working at the grassroots level and developing close, tight-knit relationships. Getting primary care providers, churches and schools on board and convincing them to believe in the health care provider’s mission and goals was key.

“You can’t do that from a phone on Wall Street like big businesses do, you have to do it face to face,” Martinez said. “That grassroots relationship was a big part of our success, because people saw that not only were we talking the talk, but we were walking it, and it developed a snowball effect.” Launching and operating a successful health care company isn’t the only thing Martinez has under his belt — he also is familiar with what it takes to sell a health care company when it’s time to move on. PPC had a handful of individuals interested in pursuing and progressing the business, and Martinez received more than one offer.

The idea was to sell the company to a local hospital to keep the same mission and vision developed from the very beginning. “I could’ve sold to a large company and sold out, but that wasn’t what was going to be best for the business. I had to stay true to my word,” says Martinez, who believes those interested in selling their company should take time to connect with the correct buyer, whose mission and vision align with the company. Both Leflore from Eskenazi Health and Martinez agree that Indiana’s current state of health affects the implementation of new health programs and the action of closing disparities. “When we talk about minority health, I get a chance to see a significant health disparity,” Leflore said. “Around the country there are specific health disparities such as hypertension, diabetes, infant mortality, HIV and the list goes on. With that, I’m able to see the full spectrum of our patient population. It is a reflection of the needs in our community and the lack of access to health care.”

In order to accomplish those tasks, leaders must have a fire ignited within them and want to make a change in their community, said Martinez. “There were so many days and nights where I wondered where the money was going to come from,” Martinez said. “But it starts with what is in the heart. The old quote from Aristotle says, ‘If you don’t educate the heart, you cant educate the mind.’”

Since 2001, Ambre Blends, created by Ambre Ashley-Crockett, has produced high-quality and organic body products for Hoosiers and has recently expanded to reach those around the U.S. and globally. The company, well known for its four fragrances infused with Amber oil, believes beauty not only comes from outer appearance, but also through the products absorbed through the body’s largest organ ­— the skin. “It is our state that got Ambre Blends off the ground, so I believe beauty is definitely important for people here,” says Ashley-Crockett, who says she launched her beauty company in “reverse order.” “There is a desire for clean, conscious products,” she said. “Once people get into it they discover, oh there’s a natural deodorant and cleaning supplies. It (sparks) an interest for people to look at more than body products.” 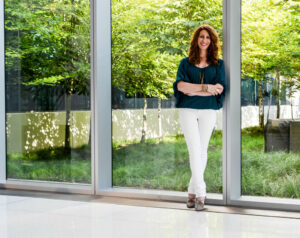 At the age of 21, the Indianapolis native moved to Colorado hoping to discover her place in the world. After pondering more seriously about what she wanted to do, she found interest in massage and aromatherapy as a hobby. Ashley-Crockett enrolled in school at the Healing Arts Institute in Fort Collins, Colorado, and began working for an herbalist who developed all-natural products for women. “I learned a lot about herbs and how they work, not just for the skin and body but on an aroma level. I started making my own concoctions, and I cared for a garden where I grew my own herbs,” says Ashley-Crockett. “I was learning how to make oil, things that go in the body and on the body.”

In 2001, Ashley-Crockett moved back to Indianapolis and took her bathroom-made concoctions a step further. She began making body products for fun, even using handwritten labels, and eventually moved into the kitchen once her blends became more of a priority. The ground-breaking moment for the business happened once a local boutique, now called Haus Love, requested to sell the products. “At the time I thought, ‘I don’t think they know I hand write the labels and I make this from my home,’” Ashley-Crockett said with a giggle. Shortly after, the kitchen concoctions were sold on the shelves. “When I started in Indianapolis, the holistic health and medicine era was just picking up, so I really was in the right place at the right time.

Back in Colorado, it was everywhere. I like to think I was on the forefront of introducing a conscious product line that provides a lifestyle change,” Ashley-Crockett said. “My definition of beauty has nothing to do with my products. It truly does come from within, and I think that’s beautiful. When I see someone who is confident and loves who they are through self-care, it’s just the cherry on top when they use good products to enhance that.” Ambre Blends’ unisex products include fragrances, natural deodorants, body oils, handmade soaps, body wash, spritzers and more.

Each oil product works with an individual’s personal body chemistry to create a unique scent. Amber oil, the oil found in all four of the brand’s blends — Ambre, Invoke, Solace and Unmasque — is also known for its aphrodisiac properties. In today’s society, the popularity of “extreme” beauty practices such as Botox and rhinoplasty not only run risk of infection, but also can send individuals to the emergency room. Experts believe everyday beauty products with toxic chemicals can also have long-lasting negative impacts on the body that could later deteriorate one’s health. The average woman is said to apply about 515 different synthetic chemicals on her body every single day, according to research by Bionsen, a natural deodorant company. “I feel like people want a quick fix, but (cosmetic surgery) just looks so unnatural.

It takes away that beauty I mentioned, and it’s almost like a Muppet. Seeing someone’s facial expressions, their natural eye color, their crows feet, I love these!” Ashley-Crockett said, pointing to her eyes and smiling. “They can get that on a holistic level if they just knew how and had some patience.” Judging by the sales of Ambre Blends products, which are all packaged in biodegradable or recyclable packaging, the demand of natural and organic products is on the rise. Ashley-Crockett says the company is growing at 35 percent annually.

About 50 percent of business is through the company’s online sales, and the other half comes from in-store purchases. The blends have gained so much popularity, they have been previously mentioned in Allure magazine. Last year, the company purchased its first building in Indianapolis, equipped with its own disco ball. When it comes to developing a business plan, Ambre Blends still doesn’t have one after 14 years in operation. “I’ve always had it in my mind that our plan was for the business to figure it out and for it to happen organically. It’s so funny, people ask me if I’m a chemist and I tell them I’ve failed geometry and never took a chemistry class,” said the mom of two. “I was already doing something, and it took off and shaped a life of its own. Not getting a loan, not writing a business plan, growing grassroots and only taking on another thing when you’re busting out at the seams of the last thing, that is the way we did it. We have never had to borrow a dollar.”

For those looking to venture into the beauty industry, Ashley-Crockett says there is room for everyone, but it all links back to integrity. “Believe in what you’re doing. It has to be something you’re passionate about, because if you’re just in it for the money, it won’t work,” she said. “The reason we’ve done so well is because of the love and the integrity that goes into it.”