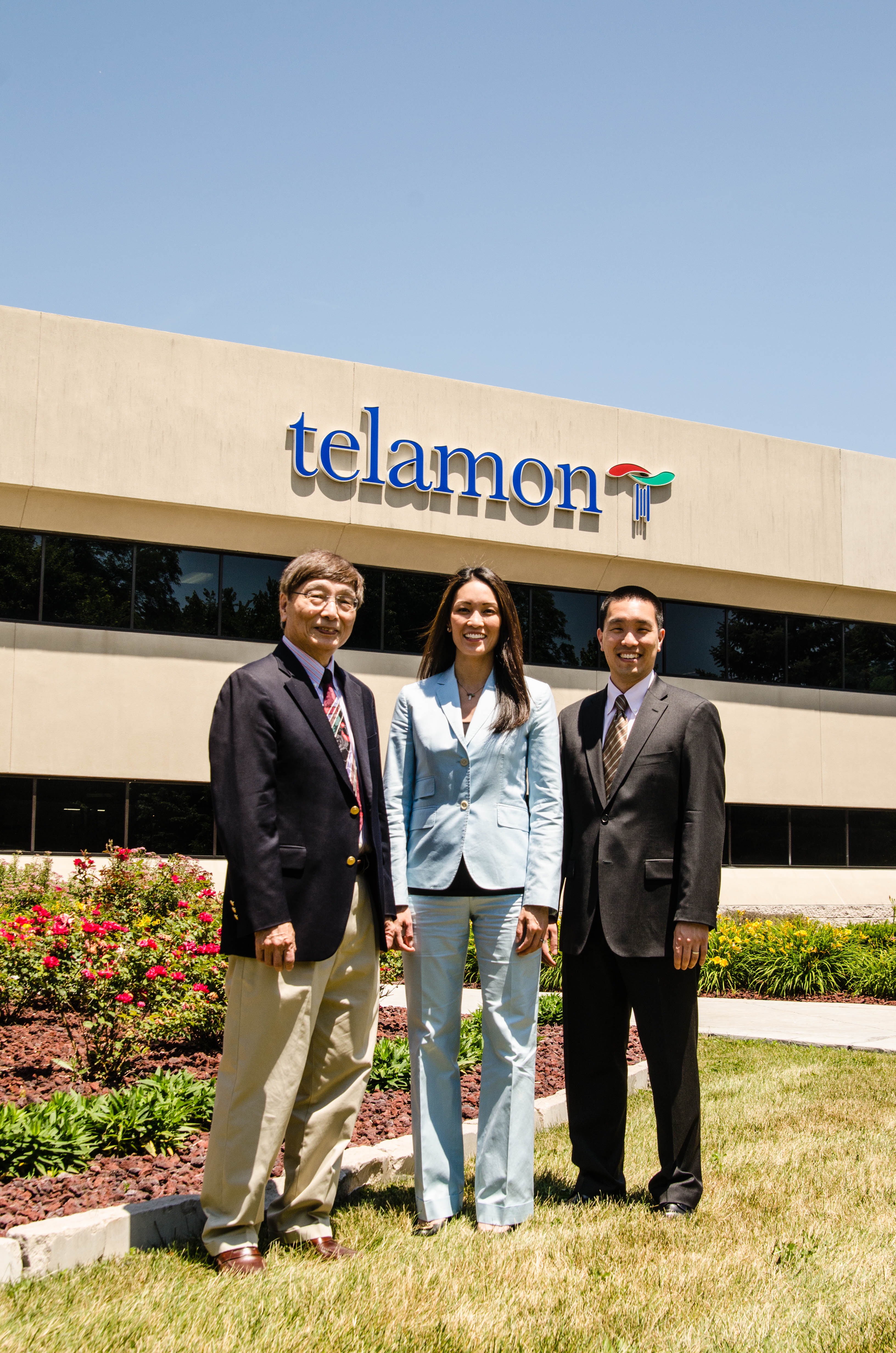 A look at Telamon’s past, present and future as a family-run company

Great companies aren’t often built overnight but entrepreneurs who have a certain stick-to-it-ness have been known to rise to greatness. Such is the case for Telamon, a multi-million dollar company in Indiana founded by Taiwanese immigrant Albert Chen in 1985.

The products have evolved over the years, but the company has always been dedicated to providing technology solutions. In 1985, its primary focus was providing turnkey telecommunication network solutions in the areas of field services, supply chain management, and rack integration. Since then, Telamon has expanded its footprint to serve 5 business units: telecom, industrial, business process, energy and medical. The company has been no stranger to recognition either, winning numerous Diverse Supplier of the Year and Quality Achievement awards from its Fortune 500 customers, including AT&T, Verizon, Cummins, and Nortel (Ciena).

But Telamon’s story starts long before the mid-1980s. Flashback to late 1968, which Chen moved to the United States to attend college at Portland State University. Upon finishing his master’s in mathematics, he had intended to pursue business school. But English wasn’t his forte, so he decided to table those plans.

“I thought I’d only study numbers and it would be easier” he said about his faculty for math.

Eventually his career path led him to an analyst job with GTE in Washington state. It was his job to help senior managers schedule airplane flights. He was promoted a few times and in 1979 he was offered a management position which presented an opportunity to move to the Midwest. He accepted and was responsible for managing 700 people who worked on the line.

1984 is the year his trajectory changed. That was when management asked him to reduce workforce—a call he didn’t feel comfortable making. Rather than make an “unfair decision,” as he called it, he decided to take a different path. He parted ways with the company, unsure of what the future held. As he admits, he was not “business savvy” at the time, but he was confident in his ability to find or create a job for himself. And he did just that. He founded Telamon in 1985 with his wife Margaret.

Since 1985, Telamon has grown into an $800 million business with 1,400 employees and 13 locations. They currently have locations in both China and Mexico and have plans to establish a location in eastern Europe. International business is now the norm—although it took some time to make that progression.

“It is very normal for us to do business internationally as long as we understand their lifestyle and values,” Chen said. “I’ve always had the philosophy of leveraging U.S. companies first and then expanding internationally.”

An international presence is a win, but Chen is not too proud to admit his own shortcomings. He said in the beginning he was naïve about the technical side of the business as well as operation issues, like cash management. As he puts it, it was a “learning process.”

That learning is part of growing a business, and Chen is quick to point out one particular strength: the company’s approach to the interpersonal aspect of business.

“Our tolerance level is much higher (than most companies),” he said. “It makes us easier to work with.”

Speaking of relationships, Chen said knowing what he knows now, he would not have comingled his business affairs with his wife, Margaret, for the sake of their children. Regardless, his children Stephanie Fuhrmann and Stan Chen have taken an active role in the company today, as COO and CEO, respectively.

Although executives, Chen said neither were handed anything on a silver platter. Both joined the company out of their “own desire” and had to build their credibility over the years. They had to work various entry level jobs “just like any other employee,” Chen noted.

The trajectory for both children was steady by design. Chen wanted to make sure the company was in good hands before his retirement as CEO, which was announced last fall. The conversation about transition was initiated about 10 years. In Stan’s words, “We’ve been working on this for quite some time.”

Such a high-stakes decision was not made on a whim. After consulting with external experts, it was determined Albert and Fuhrmann were ready for such leadership. Both have been in the executive positions since September 2015, following their father’s retirement.

So what lies ahead for Telamon? According to Fuhrmann, the company has a “pretty aggressive growth trajectory” and she plans to maintain that momentum with a strategic perspective. This approach calls for both drive and keen insight. An effective leader has the ability to “understand not just the business and the marketplace – but how they can fit into that puzzle, or how they grow that piece of pie,” she said.

There is also a need to constantly want to evolve and improve. To that end, Fuhrmann says they would like to “revitalize the energy of Telamon and bring in a more updated aesthetic.” That calls for a refresh of appearance and work style to better foster the team camaraderie and healthy competition between groups. Another goal is to make Telamon one of the Best Places to Work in Indiana and have it be synonymous with a great workplace in Indiana. From a financial perspective, she said they want to bring Telamon to the $1 billion mark in revenue. 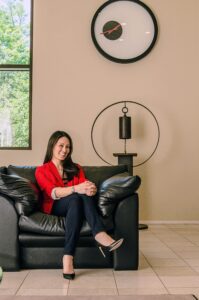 In her words, “Status quo can only go so far. Constant evolution within the industry and marketplace and the right person to lead that strategy within the organization is necessary to lead a company to continued, successful growth.”

Relationship building is essential to that growth, as Fuhrmann suggests. “Understanding the customer and having the ability to build rapport with not only the team that supports you but also with the customer whom you service is also key,” she said.

Fuhrmann and her brother have a good working relationship, and said he’s confident in the direction the company is taking. Diversification of products is the name of the game. However, as Stan argues, there’s much more to the business than merely its product line.

The executive team has a 100-year timeline in mind when making decisions. Honoring the family business roots is also a value they hold closely when evaluating opportunities. “You see a desire to keep this going in perpetuity,” he said.

Some would consider this task a tall order and Stan is far from naïve about what it all entails. “The idea of being able to establish a multi-generational firm is a fascinating one, because it requires not only significant commercial and financial success, which are hard enough to come by, but then another layer of emotional and relational success – which are even harder to come by!” he said.

The future of the company hinges on the day-to-day decisions. Stan offers an analogy that has influenced his business philosophy: “This isn’t a 12-person basketball team where one or two people carry the team…this is a 1,500-person organization where no one person, even the CEO, carries the team,” he said. “And I’ve had the privilege of hearing that perspective from Albert my entire life, and it’s just kind of seeped into my brain and my philosophy.” 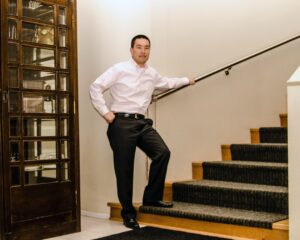 That mindset calls for an intentional approach. “How can we continue to be a support?,” he asks. And it’s no coincidence that Stan used that word. Telamon means “supporting pillar” in Greek.

Fuhrmann echoed Stan’s comments: “Our role as we see it is, is to understand how (Telamon) has morphed over time,” she said. “How can we mitigate and promote it in the industries we serve?”

That forward-looking approach also extends to the company’s philanthropic efforts. The Telamon Foundation places special emphasis on non-profit organizations that specialize in arts and education where its employee base is best served. The Foundation has a single funding round annually.

“The Telamon Foundation is happy to support these seven organizations whose programs align with the foundation’s pillars of arts and education,” said Fuhrmann, in a statement. “We are happy to provide support for programs that give youth the opportunity to experience the arts no matter their socio-economic condition while also promoting educational readiness.”

Five products to make you proud to be a Hoosier