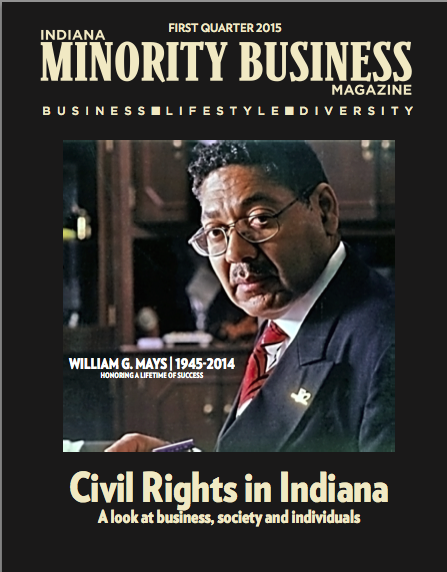 Indiana, or “the land of the Indians” became the 19th U.S. state Dec. 11, 1816. Despite discrimination, today the Hoosier state’s heritage is still represented by the lives of its proud Native American residents.

Indiana’s strength as an economic and cultural leader arises from its civil rights history and diversity, with Hoosier citizens who claim Hispanic, African, Asian and European heritage, and hail from every nation on Earth.

Over the years, this midwestern state has defied stereotypes. For example, although Indiana has typically voted Republican, it supported Democratic candidates Woodrow Wilson in 1912; Franklin D. Roosevelt in 1932 and 1936; and then Lyndon B. Johnson in 1964. And in 2008, Democrat Barack Obama won the state over John McCain.

As represented by war memorials, particularly in its capital city, Indianapolis, Hoosiers have proudly served in the nation’s military. In 1861, when the union called for soldiers to fight the Civil War, so many Hoosiers volunteered for duty that thousands were turned away.

Yet along with its long tradition of military service, the state has also been represented by patriots of pacifism, in its historic Quaker churches and settlements, such as Plainfield.

Indiana has known shameful chapters, such as the rise of the Ku Klux Klan, which successfully comprised a shadow government during the 1920s. Yet, against the scandal, and aided by the press and judicial system, the Klan’s influence and its threat to Catholics, Jews, immigrants and African-American citizens was brought under control.

Indiana’s past also includes segregation. Crispus Attucks High School was constructed in Indianapolis for the education of African-American youth. Attucks’ graduates are known today for excellence and achievement in the business, medical, legal, and arts and entertainment fields.

Attucks graduate David Nathaniel Baker Jr., a famed jazz trombonist, was forced to learn another instrument after a car accident, and the denial of timely medical care from a white hospital. But Baker reinvented himself as a performer and composer, and today is the former chair of the Indiana University Jacobs School of Music Jazz Studies program.

Although the state long denied women the right to vote, generations of Catholic female students have been educated at Indiana’s historic St. Mary-of-the-Woods College, and one of Purdue University’s most famous professors remains none another than legendary pilot, Amelia Earhart.

Indiana’s diverse economy is reflected in its gross state product of $298 billion in 2012, with its pharmaceutical, manufacturing, agricultural, governmental and academic centers, as well as its proud lineup of numerous major sports teams and organizations, including the Indianapolis 500; Brickyard 400 motorsports; the NFL’s Indianapolis Colts, the NBA’s Indiana Pacers, the WNBA’s Indiana Fever.

Today, Indiana still faces challenges to ensure opportunity and civil rights for all, not only in the workplace, but in all spheres of life. Yet many believe the future for Indiana’s residents is brighter than ever, no matter their gender, sexual orientation, national origin, race, or religious views.

Claim your wings and soar to new heights