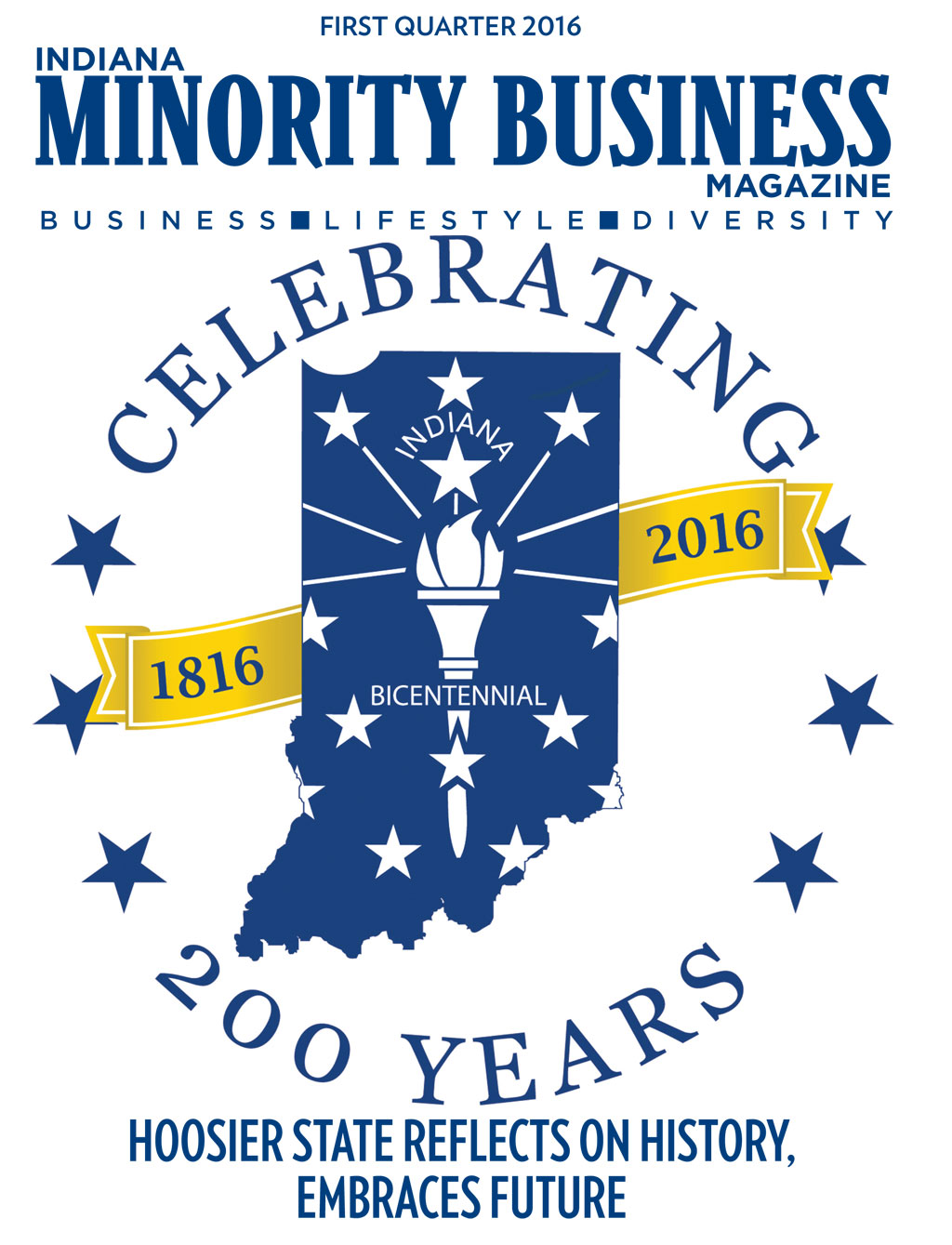 Ask the average Indiana resident to rattle off a few facts about their home state, and they may mention record-breaking attendance at the Indiana State Fair — known for its butter-smothered corn on the cob and giant pork tenderloin sandwiches. They may also recall a story of their first visit to the Indianapolis 500 or dive into the conversation of sports, as they speak highly of their favorite basketball players. Little do these residents know they walk on the grounds of a rich history that encompasses more than sports and social gatherings. It is where the richest deposits of top-quality limestone on earth can be found, and where the world’s first theme park opened. The first electric-lighted city in the world was also in Indiana, while another city claims the famed design of Coca-Cola bottles.

In this issue, the Indiana Minority Business Magazine is dedicated to unveiling some of the Hoosier state’s truths, positive influences, lush chronicles and innovative practices. As Indiana celebrates its 200th birthday in 2016, let it serve as a yearlong dedication to exploration, personal development and contribution to future legacies.