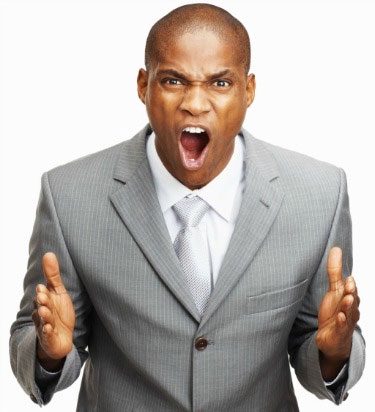 When it’s time to part ways with a problem employee

Breaking up is hard to do, as they say. The same holds true in the business world. Two HR professionals share their insight into how to make a clean break with a problem employee.

First, it’s a matter of recognizing the signs that warrant a termination, according to Tamarah Brownlee, director of human resources and institutional equity at Indiana University-Purdue University Fort Wayne (IPFW). Consistent complaints from constituents — peers, customers, direct reports, other superiors, etc. — might indicate a problem.

“Many times, those with poor conduct are technically savvy or especially skilled at the work they do,” she said. “It is important not to ignore such feedback but to address it timely, so there is confidence in moving forward to termination.”

Mikki Curry, human resources manager at SCP Limited in Auburn, Indiana, said there are some red flags to look out for. In her experience, the most common indicator of lack of compatibility relates to compliance with corporate policies and procedures.

“A company needs to ensure that any mandates and employee expectations are clearly stated and there is acknowledgement that the employee understands the company’s expectations,” she said.

Above all, regarding documentation Brownlee said it’s important to have your ducks in a row. “Overall, having the appropriate documentation regarding poor performance and/or poor conduct is the key to mitigating potential risks associated with some difficult terminations. Do not ignore these signs!”

“Whenever there are concerns regarding and an employee’s actions, I tell supervisors, no verbal warnings,” Curry said. “Instead, there should be documented verbal reprimands. Conversations about issues always should be documented (date, time, who was involved, results). This is the only way to see patterns in behavior.”

Termination should really be seen as a last resort. Instead, Curry encourages her staff to take a proactive approach and address any issues as soon as they arise.

“In my role, I encourage managers to provide employees with tools to improve behavior and make the best decisions with any issues,” Curry said.

If all signs point to go (or “let them go”), then it’s time managers take matters into their own hands. Brownlee recommends documentation gathering. That means getting all sides of the story, including from the offender or poor performer. List out all prior relevant issues or offenses you have addressed with the offender. Then she recommends managers clearly identify the recent issues/reported concerns, including important facts, dates and times.

“This information is important as you tell the story of the conduct or performance concerns,” she said.

Last, list the policy infractions and be clear how the employee violated such. Otherwise you might be vulnerable in a legal setting. Brownlee’s advice: “Having a solid document that can be defended in a court of law is key. Always partner with your HR professional before you terminate; they can help mitigate risk.”

When you’re ready to make the move, Brownlee said to avoid the three A’s. First, do not apologize for the termination. Keep in mind the consequence was earned by the individual. What’s more, there’s no need to argue, as the decision is final — notwithstanding any grievance policies or practices. Last, she addresses avoidance. Do not ignore poor performance or poor conduct because the person is likeable or highly skilled. It will only hurt the company in the long run.

“In the end, having the right person, in the right role, doing the right work is critically important to the success of any organization,” she said. “Delaying a termination only delays the inevitable and may encumber the growth of your organization.”

Integrity Limo: A drive for success