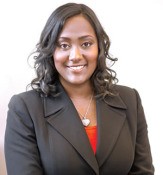 Proud to be Hoosier but looking for progress

Birthdays have always been fun to celebrate, but Indiana’s 200th birthday is one for the record books!
Let’s be honest — being two centuries old is a pretty big deal, and all 6.5 million Hoosiers should be very proud. Indiana has amassed considerable achievements over the past 200 years and, as you will read throughout this publication, we have garnered our fair share of bragging rights based on those successes. For instance, did you know that per capita, Indiana produces more professional basketball players than any other state in the country? It’s true and statistically proven.
Here’s something else Hoosiers can brag about: Kentucky Fried Chicken. While we can’t take credit for the name, we can boast about the delicious and addictive taste. Marion-Kay Spices — a Brownstown, Indiana, company — created the blend of seasoning that has garnered KFC international acclaim.
The Hoosier state also reigns supreme with its comfortable cost of living, its world-renowned Indianapolis 500 and the company headquarters of the country’s first Black female millionaire.
Indeed, Indiana has a rich history that is worthy of celebration, but as we celebrate 200 years of existence, we have to be honest about the things we haven’t been so great at accomplishing.
Inclusion is one such entity.
When this state was founded in 1816, racial tension existed throughout most of the United States. However, as other states have progressed and become more inclusive, Indiana has lagged behind. The Hoosier state became known for its staunch conservatism and its radical Ku Klux Klan. Seven decades after Indiana’s founding, the Indianapolis Recorder Newspaper began publication — primarily to educate oppressed African-Americans in the area. As the Black population grew and the newspaper’s reach broadened, slowly, Indiana became more tolerant. Bit by bit.
Fast forward to present day, and we witness the inclusion advancements Indiana has made over the years. However, there is still more to be done.
According to the most recent census, 86 percent of Hoosiers are Caucasian, 9.6 percent are African-American, 6.6 percent are Hispanic or Latino, 1.6 percent are Asian and only 0.4 percent are American Indians.
Indiana minorities are not faring well in business. Of the nearly 483,000 businesses, only 4.6 percent are Black-owned firms. Asians and Hispanics each represent 1.8 percent while 0.5 percent of Indiana business owners are American Indians. While racial and ethnic minorities represent dismally, female Hoosiers represent the most promising figures among minorities, with nearly 27 percent business ownership. Nationally, female business owners represent nearly 29 percent.
So as we celebrate 200 years of Hoosier history, we should all strive to be more inclusive. Minorities who have the desire to become business owners should step out on faith (after proper preparation and research) and pursue their entrepreneurial dreams. Business owners and executives will benefit significantly by being receptive to the perspectives of diverse populations within their companies. And Indiana will be all the greater once we improve our diversity numbers.
The world is a mosaic, and Indiana’s workforce and population need to be just as collaborative and diverse. Forward-thinking people and their diverse perspectives will take us much further in our quest to become one of the nation’s most inclusive states.